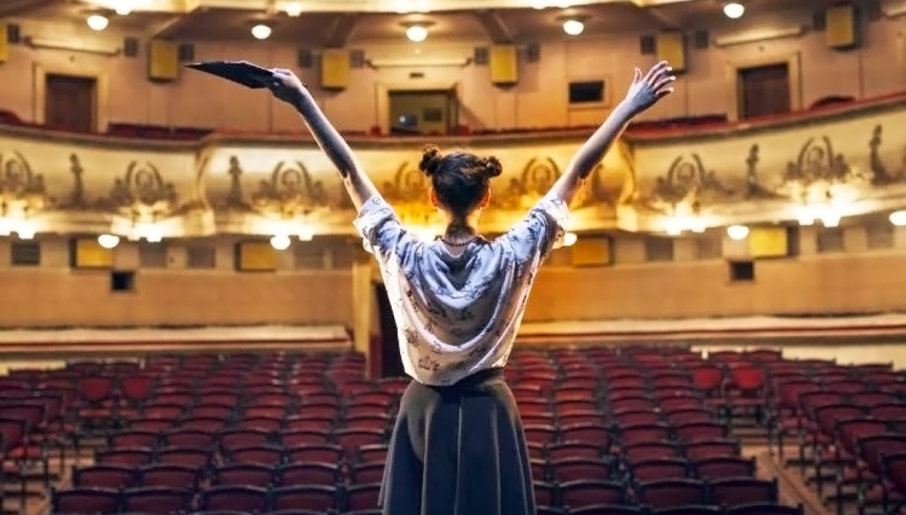 This article was originally published on Cultura e Digitale in Italian.

VOD and Web TV: theatre and opera on-demand in the Covid era

In the end, it has come to pass: a further tightening of the restrictions, following the Prime Ministerial Decree of 24 October 2020, has resulted in the closure of theatres and concert halls throughout Italy. Again.

What will the troupes and festivals who were getting ready to take the scene again do now? Probably what they did during the lockdown: migrate back to digital channels.

Last spring, during the darkest months of the Covid-19 emergency, many opera companies decided to move online temporarily. A recent study by Opera Europe finds that whereas just 48% of opera halls have been able to hold live performances since the pandemic began, 93% are committed to organizing online events for digital audiences to offer “artistic solace” to those confined to their homes.

Live broadcasts on social media proved a successful approach. The Donizetti Opera Festival and Donizetti Theatre Foundation have decided to use this channel as well. Our flagship event was a grand gala evening in the living room: a sort of variety show, hosted by Artistic Director Francesco Micheli and Musical Director Riccardo Frizza, during which performances by vocalists dear to the festival alternated with interviews and new content. Participation was enthusiastic: 43,000 total minutes (more than 30 days!) of views on Facebook and YouTube, for a total of 40,000 individuals reached during the live broadcast aired simultaneously on the two social channels.

Yet live social media broadcasts were not the only approach taken by opera theatres: since the pandemic began, many Web TV channels have been created, following in the footsteps of existing channels such as the Opera Vision platform (created by Opera Europe itself).

Odd? Not at all. It was probably bound to happen sooner or later. It was just a matter of time before opera theatres also decided to share their content via the Web; some of them had already begun to do so.

Sad? No, once again. Making certain “historical” productions available online does not mean discouraging live physical presence – given the choice, a fan would never trade the theatre experience for streaming – rather, it should be viewed as cataloging a vast trove of beauty that has remained inaccessible for too long.

During the lockdown, the Met launched its Nightly Met Opera Streams, making 14 years of productions available for streaming. The Swedish Royal Opera of Stockholm opened its own digital channel, Operanplay.se; the Royal Opera House of London offered a one-month free trial on Marquee TV, an international streaming service dedicated to the performing arts.

Those who already had a Web TV channel expanded their programming by creating special events (as done by Opera Vision, which organized a review of Mozart’s works in March and April) or making certain content available free of charge for a limited period (as done by the Berliner Philharmoniker Digital Concert Hall).

In Italy, the Teatro Massimo in Palermo offered a wealth of operas and concerts, announcing its program day by day, whereas the main theatres in Emilia-Romagna (the Operatic and Symphonic Foundation of the Bologna Municipal Theatre, the traditional theatres in Piacenza, Parma, Reggio Emilia, Modena, Ferrara and Ravenna and the Amintore Galli Theatre in Rimini) recently created the OperaStreaming web portal, which will broadcast some of their productions live.

The Italian National Association of Operatic and Symphonic Foundations (ANFOLS) recently launched the project “Open Despite it All”, a sort of national program that will involve twelve participating opera foundations through their respective digital channels. This initiative will also provide the backdrop to the début of the Verona Arena’s Web TV channel, which will also be re-broadcast by Italy’s wire service ANSA.

It appears that, to some degree, wherever this scenario has come about, as outlined a few months ago by Italy’s Ministry for Cultural Heritage and Activities and Tourism Dario Franceschini, it has been greeted by public opinion with a combination of enthusiasm and puzzlement. It is, essentially, the “Netflix of culture”: like it or not, this is precisely what is happening the world over.

Uscreen: our experience with the Donizetti Opera Festival and Valle d’Itria Festival

In spring 2020, when the immediate future of theatres was still uncertain, we launched the Valle d’Itria Festival’s Web TV channel – the first Italian Web TV channel dedicated to opera. Theatrical performances thus became available for viewing free of charge, both live and on-demand.

When it was first launched, the Valle d’Itria Festival Web TV channel recorded 800 registrations from 28 countries (including Japan, Brazil, Australia, Israel, Mexico, and the Philippines) and generated 3,000 unique views of its content.

The Web TV channel’s success encouraged us to create one for Bergamo’s Donizetti Opera Festival as well, even though the 2020 edition had been confirmed.

Just a few days ago (at the time of this writing) the Prime Ministerial Decree of 24 October brought everything to a halt, less than one month before opening night, and ironically, precisely on World Opera Day. For the time being, audience participation for the first days of the festival remains suspended.

What to do in such cases?

The show goes on… as best it can. In our case, online.

Some of the shows on the calendar will thus be aired on the Festival’s brand new Web TV channel. Users can register and access HD recordings of performances, in addition to other content, such as Francesco Micheli’s Donizetti Revolution.

When we decided to create a Web TV channel for our customers, we faced a variety of problems. Since we had the experience offered by Cultura e Digitale in managing Web TV and streaming for culture to draw on, from the outset we had a clear view of what we were looking for: we needed a platform that would provide a modular pricing system, in addition to top-tier performance and the utmost security.

We chose Uscreen, a video-on-demand distribution platform that allows users to create and personalize their own Web TV channels. Whereas most services provide digital content for sale, while not allowing users to download content for offline viewing, Uscreen meets the needs of all things digital, bridging the gap between content creators and the end viewer. Cultura e Digitale is currently distributing Uscreen in Italy and participating in its affiliate program.

Here are some of the advantages that we have identified, for both digital creators and users:

The questions we are all asking about opera and Web TV

Is there a risk that streaming will replace the theatre, throwing it further into crisis?

When people talk about the “Netflix of culture”, they are being mostly critical. However, not everyone is aware that the online entertainment giants – which did not see their revenues decline during the lockdown months – did not stand idly by.

Many large platforms committed to providing economic support to the performing arts in this time of hardship. Netflix donated $100 million as emergency support for television and cinema industry professionals who suddenly found themselves without jobs, such as electricians, make-up artists and editors. Italian cinema also benefited from this donation, receiving a €1 million fund.

What is more, no true theatre-lover would ever dream of voluntarily trading live opera performances for a screen and two speakers. Yet as long as Web TV channels remain the only way forward for theatres, to reap the rewards of months of work and to make sure artists can work (and get paid)… they are helping theatres, not impoverishing them. They are not replacing them, but helping them recover from the emergency – perhaps while even bringing new spectators to the fold.

Will the opera and theatre Web TV channel phenomenon end with the pandemic?

Probably not. If anything, it will go back to the way it had always been: not replacing the live experience, but running in parallel to it, acting as an archive, container, and historical memory. All things considered, when Rai 5 broadcasts a recording of an opera that we have already enjoyed at the theatre, we enjoy watching it again and there is no horrified outcry. Why should things be any different with an on-demand service?

Does opera without a theatre and theatre without an audience make any sense?

Not to us. The theatrical music experience is inextricably interwoven with the acoustics of the venue, the audience’s applause, an encore demanded and granted: in other words, the here and now. Theatre is a shared experience.

Yet right now the theatre needs us: paying a small price to watch a streamed opera can make the difference for many show business workers.

No less important is our need for the theatre, to gather around it, to socialize through it. A virtual community, at least for the time being, is of no little value: the ability to write to an opera enthusiast friend and comment on the opera you have just watched online is still something to cherish. At least for now.

For over a decade, Cultura e Digitale has been a business of digital communication and has always been involved in theaters, opera festivals, orchestra, universities, and philosophy festivals. Follow them on Facebook and LinkedIn