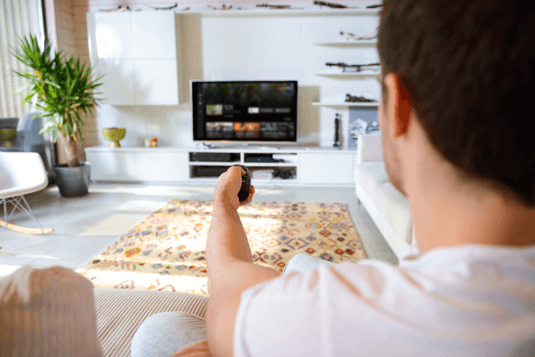 Content Writer at Uscreen, writes about all things marketing and video monetization.

I’m sure you’ll agree with me when I say…

Telling OTT and VOD apart can be pretty tough.

The two models look similar, but everyone else swears there’s a huge difference between them. So, what gives?

Well, the truth is…

The lines between OTT and VOD often get blurry, especially if you’re not a video geek who spends all of their time obsessing about it. And you’re not wrong to think they’re the same thing, because often times they do come hand-in-hand (especially now).

But they’re not mutually inclusive. VOD can exist without OTT, and vice versa.

Which is why we wanted to put this article and infographic together.

In this short guide, I’m going cut through the technical mumbo-jumbo and quickly showing you the difference between OTT and VOD, so that you can make the right decision for your business.

Hang On! OTT and VOD Aren’t The Same Thing?

It’s common for people to think OTT and VOD are the same thing because, in practice, they look quite similar. After all, both of them can:

But, despite these similarities, the products are quite different…

VOD: The Godfather Of Online Video

VOD, which stands for video-on-demand, is the principle of watching a video whenever you choose to watch it. Think of it as the direct opposite of broadcast television programming.

If you cast your mind back to the 1990s (or earlier), you’ll remember that to watch a video you had to:

When I was younger, if I wanted to watch an episode of Fresh Prince of Bel-Air, I needed to be sitting in front of my television at 17:30.

If I made it home in time…

Video on demand, then, is the exact opposite of that system.

It’s the ability to watch a video whenever you decide you’re ready, with no waiting around for broadcasters’ schedules.

Some examples of video-on-demand are:

It’s any video that waits for you to hit play to start.

VOD is at the core of how many of us stream videos right now, with many cable providers and new companies using this service to make their videos more accessible to their audience.

Basically, if a video can be watched at a time of your choosing thanks to:

Then it’s part of a video on demand service.

OTT, short for over-the-top, is any service that previously used satellite or cable to transmit, but now uses the internet.

OTT can describe a large number of services you and I both use on a daily basis, like:

All of these services once depended on satellite or cable to exist (texts, video calls, and television) but now use the internet to perform the function instead.

OTT has become more prevalent in the world of video because it interacts nicely with VOD. But, there are differences between the two.

One of the best ways to visualize when a video is OTT but not VOD is to think of a live soccer match you want to stream:

The match takes place at a specific time, like 15:00 on a Saturday afternoon, and you have to watch at that time.

In this scenario, the soccer game is OTT because it’s being broadcast like a traditional TV show but using the internet instead of a satellite. But it’s not VOD, because you can’t choose the time the video starts.

On the other hand…

If you were to download the video and watch it a couple of hours after the match was over, this would make it into video on demand, because you can now choose the time the video starts.

VOD And OTT: The Future Of Online Video

The lines between these two services have become so blurry due to the natural progression of the video industry.

VOD has become more and more sought after because consumers want the flexibility to watch videos on their own time. (Can you imagine being told to wait for a YouTube video?)

OTT has made broadcasting cheaper and more efficient for businesses and consumers. There is little benefit to setting up an expensive satellite broadcast system today when every potential customer has a WiFi router.

So what does this all mean to you and your business?

Honestly, this changes nothing for you. As someone in the video monetization industry, it’s important for you to understand the difference between both of these dominant industry terms. But you don’t need to stress out about whether to refer to your service as OTT or VOD if it both offers on-demand streaming and uses the internet to deliver the service.

Unless you are clearly OTT and only use scheduled broadcasting (like Live Videos) as the backbone of your business, the terms are flexible and interchangeable for the most part.

If your customers can download or tune into videos whenever they want, and they use the internet to do it, you are offering both services. So, you can use the term which resonates best with your potential customers.

If you’re still not sure about the difference between OTT and VOD, don’t worry!

Simply leave a comment with your question on this blog post, and we will get back to you as soon as we can.