The Quest for the Best Video Format – how do you know what’s best for you? 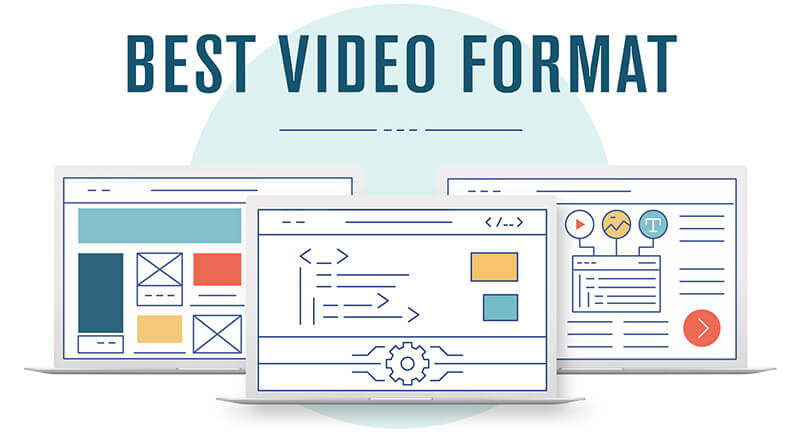 In the world of digital video production and distribution, few topics are more convoluted and confusing than choosing an appropriate video format. The reasons for this are both numerous and varied.

First and foremost, not every video format is compatible with every digital platform when it comes to production and playback. This can create tremendous problems while attempting to input, output, upload, and download necessary files. And that’s why there’s no real “best video format” out there, rather best video formats for doing different things (which this post will help you figure out).

Secondly, video formats can create big problems because there are simply so many of them. And to make matters even more complicated, a large number of these formats are now largely obsolete.

Finally, you must realize that a video format is more than just its file extension. The very term “video format” tends to confuse people due to the fact that it really encompasses two distinct components: codecs and containers.

Although the video files available on the open market are typically defined by their container type, a brief discussion of codecs is absolutely essential if we are going to identify the optimum video formats for particular tasks and purposes.

In order to understand codecs, you must first understand compression. Most digital videos have been compressed. In other words, it is altered so that it will take up less space on your computer.

Take, for example, a typical Blu-Ray disc. That Hollywood blockbuster you recently bought contains a lot of data. So, if you want to import it into your computer, it will usually occupy somewhere between 30 to 50 gigabytes of total storage space. The majority of people would find that this is quite a substantial amount of hard drive space to devote to a single movie. For this reason, video files are generally compressed to make them more manageable.

Compression isn’t always desirable, however. Even when the compression process is expertly calibrated and performed, it typically results in at least some loss of video quality.

Codecs, therefore, have a very tricky job. They are in charge of compressing and decompressing the data that video files contain, interpreting the content in these files, and controlling how this content is played on your screen.

Although, codecs are integrated into containers and video formats are largely defined by their containers. The pairings of codecs with containers can make the difference between a video that plays instantly and one that presents major problems.

In short, there are an awful lot of codecs out there, and most computers come with several codecs preinstalled. If you should encounter a codec with that is incompatible with those that are already on your computer, you will inevitably encounter a dreaded “file extension not supported” or “cannot play media” message in place of the video footage that you are seeking.

The good news is that there is a broad spectrum of codecs available for download. The bad news is that many codecs are simply no longer supported. If you want to promote easy use for a wide range of purposes and hardware, you may want to consider choosing a video format that incorporates one or more of the following codecs:

1. FFmpeg – This family of free codecs includes formats that are made for compressing DVDs and movies that have been downloaded from Apple’s iTunes store.
2. XviD – An open source version of the largely outmoded DivX, this codec is popular for the bit torrenting of films.
3. x264 –Popular for use in conjunction with high definition resolution, this codec is particularly adept at compressing H.264 videos.

Although there are ample codecs on the market, each must work in conjunction with a container for general commercial use. For this reason, the average consumer is typically less concerned with codecs and far more concerned with containers.

Briefly defined, containers are essentially a bundle of media files. A container is nearly always comprised of a video codec and an audio codec, but it may also contain additional data. Because containers allow for the mixing and matching of various video and audio codecs, they offer users significant control over the storage and distribution of their video media. For example, users can choose to upgrade their video’s soundtrack to high-quality DTS audio or compress that soundtrack to an MP3 file for ample savings in storage space.

The most important variances between different containers are not only the codecs that they support, but their other supplemental features, such as the inclusion of subtitles or the division of your video file into individual chapters.

For many reasons, the best video file container for you will depend on the particular goals and standards that the project at hand requires.

When it comes to video formats, one size definitely does NOT fit all. Are you simply downloading/ripping an existing file or are you producing your own video creation? What kind of computer hardware and software are you using? Are you planning to distribute your video file online or through a physical medium? If so, how?

Your answers to these and similar questions can drastically alter the kind of container and codec you should want use. In order to get a better understanding of your video format choices, let’s take a close look at some of the most popular containers on the market and their specific benefits/drawbacks. 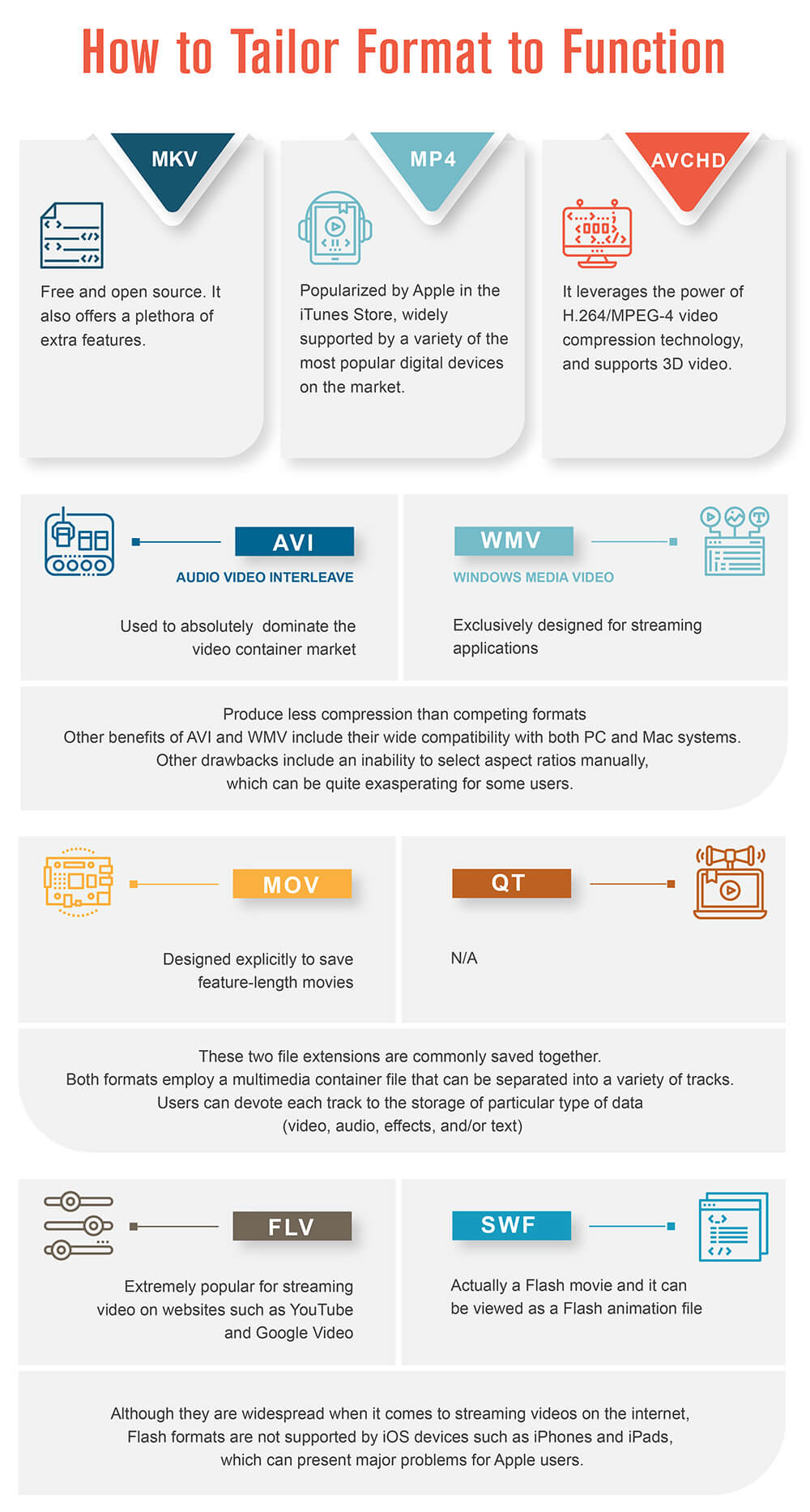 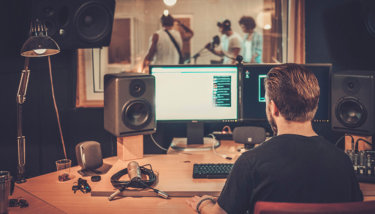 Adding music not only helps make your video more interesting, it also adds a professional touch. Here's how you can add background music to any video clip. 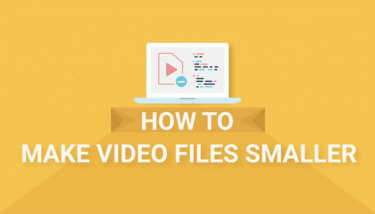 Videos files can be very large, and that can be a problem for uploading and hosting. Here are five easy and simple ways to make your video file smaller!