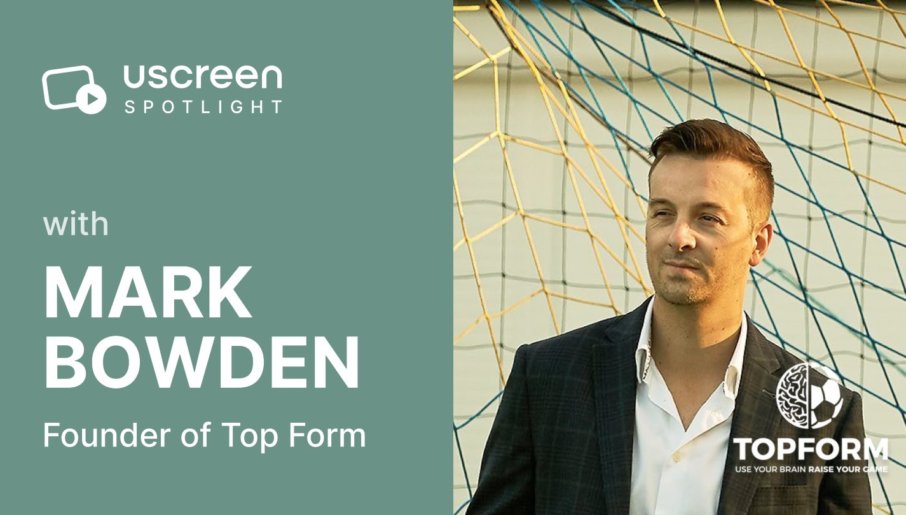 Content Writer at Uscreen, writes about all things marketing and video monetization.

Uscreen Spotlight is a special monthly feature article showcasing our most successful clients to share their journeys through the realm of online video streaming.

You’ve likely heard the saying: the riches are in the niches.

But how niche is too niche?

To answer that question we decided to talk to Mark Bowden. He’s a Uscreen customer who has built multiple successful video on demand businesses catering to a highly-niche customer base.

Mark’s latest platform, Top Form, combines his professional and personal passions to create an ultra-niche website that is, arguably, one of the most creative uses of our platform we’ve seen.

Uscreen: Hey Mark! It’s nice to finally catch up with you. Before we get started, could you tell us a little about your platform, Top Form?

Mark Bowden (MB): Top Form is a resource built on the years of work I’ve done with high-performing football players (soccer players, for American readers) in the English Premier League and Championship.

I initially wrote an Amazon bestselling book, Use Your Brain, Raise Your Game that I would refer people to. I got lots of great feedback and results from it, but I wanted to take it to the next level.

I knew going digital would allow me to reach hundreds more people, something I couldn’t do in the physical world. And, that’s where the idea for my Top Form platform came from.

Uscreen: How does Top Form work?

MB: Top Form is a video-focused platform. It provides the resources footballers need to achieve their best performance on the field, and help with their mental health off it.

I know how important the brain is to achieving top performance. Everything I do for my clients is about getting their brains to work for them, not against them.

There are so many football players out there who are good enough to perform at the highest level, but they let their brain control them, instead of them controlling their brain.

We use visualization, meditation, and hypnotherapy techniques to help condition the players’ brains in new ways.

I want to show as many footballers their inner potential. But I only have a limited amount of time to devote to one-to-one sessions. So, Top Form allows me to help more athletes without needing to be in several places at once!

Uscreen: You mentioned hypnotherapy there. You’ve become well known for your work in the field, especially through your Mark Bowden Hypnotherapy website. But we know people are often skeptical about these sorts of practices. What do you say to people who are unsure about hypnotherapy techniques?

MB: There are lots of assumptions about hypnotherapy; mythical mumbo-jumbo about men with pendulums putting people into a trance and making them unwillingly obey commands. But there’s nothing mystical about it. Hypnotherapy is just a way to condition the brain!

It’s a little like advertising. Adverts use great music and stirring pictures to give you a feeling for the product, so by the time you’ve got it in your hands you know exactly what it is. Hypnotherapy does the same, only it’s not selling you a product. It’s selling self-esteem and confidence and belief.

If a footballer wants to improve their confidence on the pitch, then, I’ll get them to visualize what it feels like to perform at their highest. This will release the emotions that come with it.

We’ll then replay this scenario until it’s etched into their brain. That’s what hypnotherapy does; it trains your brain to be in the right state before you physically need to be.

Uscreen: It must be hard to fight that “man with a pendulum” stigma.

MB: It is, and that’s why I’ve started to come away from using it as an umbrella term. Instead to refer to what I do as a three-pronged approach: visualization, meditation, and hypnotherapy.

It’s interesting to see how people react to different terminology. If you tell a footballer to try hypnotherapy their first reaction is “You’re crazy!”.

But, if you tell them to try guided meditation, they can’t wait to start because they know lots of high-level athletes are doing it. Deep down, though, they’re virtually the same thing!

Uscreen: Do you still do any work with your Average Joe, or do you focus your time fully on high-performing footballers now?

MB: I honestly devote all of my one-to-one sessions to the highest performing people I can work with. It really pushes me professionally, and it’s what I want to do. But there’s always a pang of guilt when I think about that.

It’s normal to think that we should focus on helping people with less. I mean, why focus your support on people who have all the money in the world to solve their problems, right?

But we often also overlook that although football players may have more money to buy clothes and cars and houses, they’re under immense amounts of stress. It only takes one bad run of games to ruin an entire career. It’s not an environment with a lot of get-out-of-jail-free cards.

These players often also live under immense scrutiny from the media. Especially social media, where fans are free to share abuse almost directly with the players.

Of course, many people say, “Give me half a million dollars a week and I’ll take the abuse.” And they would…for about a month. But footballers can’t do it for four weeks and leave with a few million in their back pockets. This is their daily lives. And, despite all of that, they have fewer places to turn.

Uscreen: Is that what Top Form is, then? A resource that footballers can turn to?

MB: Definitely! The app has gone down so well with players of all levels because it’s something they can identify with. It might be the only app that’s catering to footballers in this way.

Uscreen: Wow! Okay. So, if players don’t know that services like Top Form exist, and there are not a lot of places for them to turn, how have you been spreading the word?

MB: Instagram has been an important tool. Since the start of the 2019 season, we’ve really started to blow up there. I know football is a universal game, but my core target audience is males between 18 and 30-years old.

These guys spend a lot of time on Instagram, and it’s been great to leverage their platform to deliver an educational message about the importance of the brain in football. It seems to be working so far!

Uscreen: If you’re targeting a younger audience, have you found the Top Form apps to be an important part of your business?

MB: My business wouldn’t be possible without apps. Everybody is on their phone, and the convenience of having an app is massive.

Last time I checked, 99% of my videos are watched through my apps. I’ve designed my programs to be used whenever players have time, in a place that they feel comfortable, whether that’s at home or in the dressing room. Apps give my subscribers a lot of flexibility that being desktop-only just can’t compete with.

And that’s the thing I love about using Uscreen. You guys make using my apps so simple, for both me and my footballers. Your platform takes care of everything.

All I have to do is upload content and it’s there in the app within minutes. It’s quick, efficient, and allows me to focus more on what I love – creating content and working with footballers.

Uscreen: Thanks for the kind words, Mark! As someone who comes from a one-to-one background, how do you feel about the distance aspect of coaching through apps? Are you ever worried that your content won’t come across well when you’re not teaching in-the-moment?

MB: I have a lot of confidence in the footballers who use the app, and the content within it.

One of the great things about video is that it’s still me sharing the information in the best way I know how to. It doesn’t matter if that video is being watched weeks or months afterward.

I make sure I keep the information easy to understand and relatable to players. It’s got to be audience-focused. In doing that, I’m yet to have anyone come back to me and say they don’t understand what I’m trying to share.

I’m sure there are people like that – it’s the law of probability – but the majority of subscribers still get as much benefit as my in-person clients. In fact, I give all my one-to-one clients access to the app so they can continue to improve outside of our sessions.

Uscreen: That’s brilliant! Okay, final question before we let you go. What are your future plans for Top Form, where do you go from here?

MB: I want to take Top Form beyond individual players and start promoting it as a resource for football academies and clubs, so they have an on-hand resource for their players’ well-being.

I believe this is stuff that should be taught in schools, but until we get there, academies are the next best way to help as many players as possible!

If you’d like to learn more about Mark Bowden’s work, you can visit his Top Form platform here. 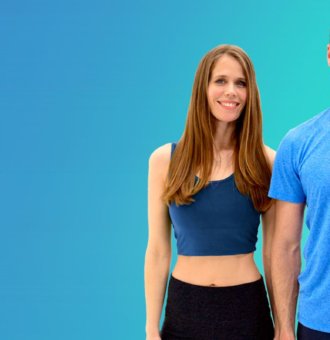 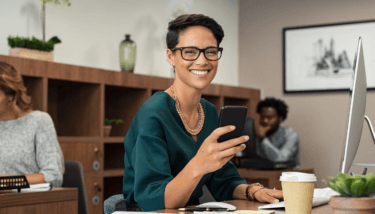 Marketing How to Use Social Media To Build Your VOD Brand

Social media is the ultimate tool to boost your VOD business! Here's how to elevate your brand – and reel in thousands of new viewers. 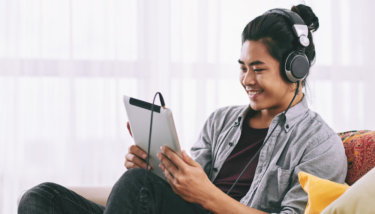 Pay no mind to the rumors – SVOD is more lucrative than ever. Here are the 7 most persistent myths about SVOD distribution.