7 Reasons Video Testimonials Are the Highest Converting Tools of 2019 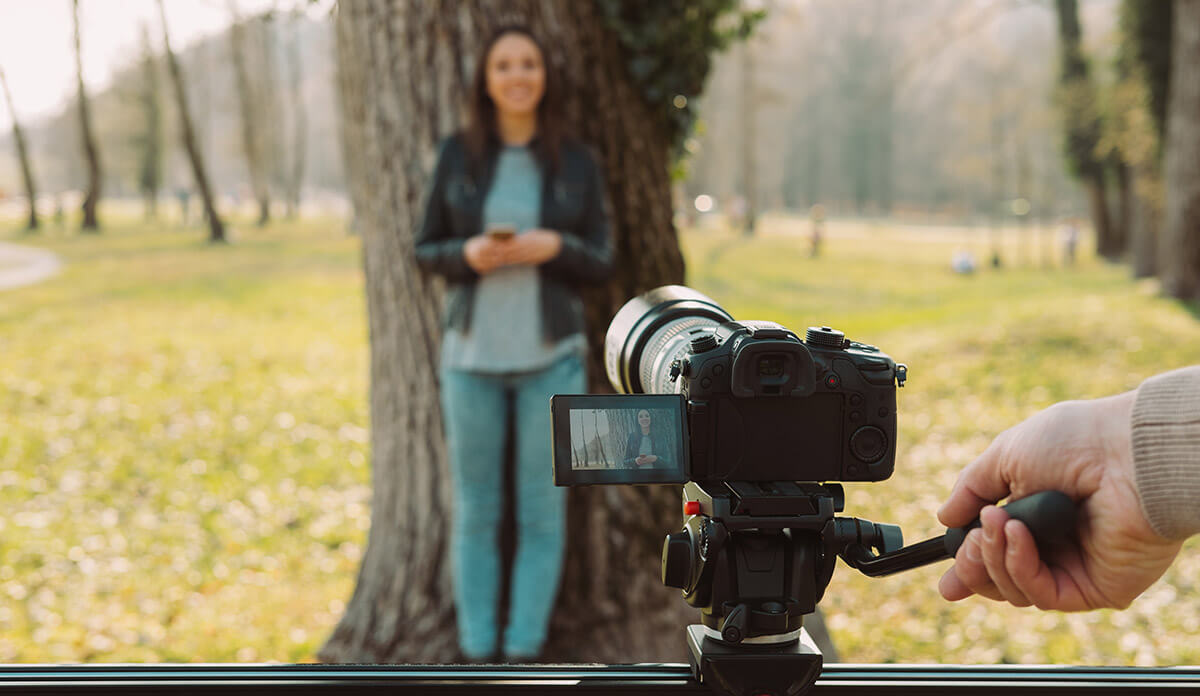 Figuring out where to spend your time and money as a marketer is tough. You want to create content that grabs the interest of your audience without being too gimmicky. You want tactics that aren’t outdated, but aren’t fads likely to die out, either.

And, in the end, it needs to convert.

Customer testimonials have been popular among marketers for ages. And with good reason. The modern version of this practice—the video testimonials—takes its effectiveness to the next level. They are, as we’ll see, some of the most effective marketing tools available.

Let’s take a look at seven reasons why you should be using video testimonials in your own marketing.

It all starts with one thing:

No matter how much we tell ourselves that we only make rational decisions, emotion is a primary driver of decision-making. This is as true for the average consumer as it is for B2B executives (though the emotions at play are different).

When it comes to evoking emotions, nothing beats video. Text is sterile and unemotional—only the very best copywriters can compete with video on an emotional level. And it takes a lot more time; reading and interpreting text is much slower than watching video, and consumers often don’t have the patience to put in enough time for great copy to work its magic.

Video, on the other hand, gets to viewers’ hearts right away. Why is video so good at generating emotional connections?

Much of it comes down to the brain. Our brain is full of mirror neurons, which fire both when we do something and when we see someone else doing it. In short, mirror neurons make viewers feel the emotions they see in the video (though to a lesser extent, of course).

So when a customer is visibly thankful, relieved, or happy because of your product, potential customers will feel it, too. All of the emotions that you struggle day in and day out to evoke in your customers are achieved in seconds with a video testimonial.

Take a look at this FreshBooks customer testimonial:

How do you feel after watching it?

There are other neuroscientific reasons that video is better at evoking emotions, too. The human brain is hardwired to pay attention to faces, colors, and motion. Videos attract people’s attention in ways that text and even images just can’t. Undivided attention is the beginning of an emotional connection.

And if you make an emotional connection with your audience, you’ve already won.

2. Video Has a Higher Retention Rate Than Text

A commonly cited statistic says that video has a 95% retention rate, while people only remember 12% of textual information. While the study (and the attendant details) seems to have disappeared, the general idea is echoed in other places as well.

There are many reasons that video makes content “stickier” in people’s minds. The emotional connections we just discussed, for example, activate emotional centers in the brain, which have been shown to increase information retention.

Interesting visuals help people remember information, which keeps your product’s benefits top-of-mind. A video itself is visually interesting, but adding graphics and text to it makes it even more persuasive.

A well-executed testimonial video hits all of the points that help people remember your company. Of course, users still have to watch your video.

But if you create a high-quality video and keep it short, that shouldn’t be a problem, because . . .

In the end, consumers prefer video over text. And that should—at least most of the time—be the end of the discussion. It’s not just consumers, either. 59% of executives would rather watch a video than read text on the same topic.

When it comes to products, the numbers are even more notable: four times as many customers would rather watch a video about a product than read about it. (That same study showed that 56% of respondents found customer testimonials helpful, too).

This preference extends beyond web content. Including the word “video” in an email subject line was shown to increase open rates by 19%. Click-throughs jumped an astonishing 65%. And unsubscribes went down by 26%.

Not just watching them, either. They also love to share them.

With the strong preference for video content, you might not be surprised to find out that people share them more than they do text and images. Twelve times more, in fact, than text and images combined.

If you want your content to gain social traction, making a video is the way to go.

In a 2013 study, Pew Research found that 47% of adult internet users share online photos or videos. That number was on the rise, and it’s a safe bet that it’s still going up. Especially with the drastic increase in the amount of video content out there.

Don’t think video testimonials are going to get shares? Think again. Some of the top brands have used customer success stories to create viral ads, like Intel’s Meet the Makers series:

If you think outside the box to get a great story with your testimonial, you can drive a huge number of social shares.

If your readers or viewers trust the reviews or testimonials that they see, they’re more likely to buy your product. Fortunately, people trust reviews from strangers as much or more than they trust friends or family members.

This is an important factor to keep in mind when creating your testimonial. If your testimonial is going to be effective, your users need to find the subject—and their testimony—trustworthy.

It’s crucial to encourage a relaxed atmosphere when you’re filming your testimonial so your subject speaks naturally and doesn’t sound like they’re reading from a script.

Users want to trust your video testimonials, and they’re prepared to. But you need to do your part to make them trustworthy.

Because if customers trust your video testimonial, you’ll be taking advantage of one of the most central psychological concepts in marketing.

We’ve talked about why video is the best medium for your testimonial, but if you’re not convinced that testimonials are a good marketing tool, you probably aren’t going to take the time to make a video for yours.

Here’s some evidence that could change your mind.

Social proof is one of the six factors identified in Robert Cialdini’s 1984 classic Influence: Science and Practice. This is a cornerstone book of the marketing field, and its advice is behind the most powerful marketing and advertising campaigns of all time.

Numerous studies reinforce the power of social proof. Customer reviews have been shown to be very trustworthy—sometimes even as trustworthy as personal recommendations. User reviews, ratings, comments, social media posts, and other forms of consumer-generated content are powerful tools.

Testimonials fall into a slightly different category, because your brand is involved in the creation of the video. But the same principles apply. To maximize the social proof value of your video testimonial, you’ll want the subject of the video to be a representative of your general customer base.

For example, if you sell a product primarily to banks, you’ll want a banker in your testimonial. Having the owner of an insurance company discuss the benefits of your product won’t tap into social proof to the same degree (though diversifying your testimonials is a good way to appeal to more people).

No matter how rational we think we are, social proof is always a powerful force.

The ultimate goal of any marketing tactic is to convert potential customers into paying ones. And for all the reasons above, video testimonials are great at converting.

The Content Marketing Institute’s 2018 benchmarks study asked professional content marketers which tactics were the most effective for meeting their organization’s goals. Case studies were ranked as #2, only behind ebooks and whitepapers. And videos were #3 on the list of content types that are most often used by content marketers.

There’s a reason that so many content marketers are using both video and testimonials: because they work. And when you put them together, you have a marketing tactic that drives social shares, brings more traffic to your site, builds trust with your audience, and converts customers.

Some of the biggest brands in the world, including GE, Ford, Salesforce, and Dove, invest significant amounts of time and money in creating video testimonials. They’re seen during the Super Bowl, on primetime TV, and all over the internet.

These are companies that have millions, if not billions, to spend on marketing and research. If they’re still taking the time to create video testimonials, it’s because they’re converting customers and generating revenue.

We’ve looked at a lot of evidence that video testimonials are great for your marketing. There’s no better way to build connections with your audience, increase your brand reach, and drive conversions.

Creating a great video testimonial isn’t easy—it takes a greater investment of time and effort than many other digital marketing methods. But a well-made video testimonial can be one of the most valuable pieces of content that you’ll create.

Dann is a long-time freelance writer with an interest in the intersection between technology and business. If there's a way to use technology to get more done in less time, he wants to hear about it. After a stint in the marketing and publishing world, he moved to covering these topics on a freelance basis and hasn't looked back.

Videos can play a valuable role at every stage of your marketing funnel. Here are 15 types of video content you can use to achieve your marketing goals: