Video Production Trends to Watch Out For in 2016 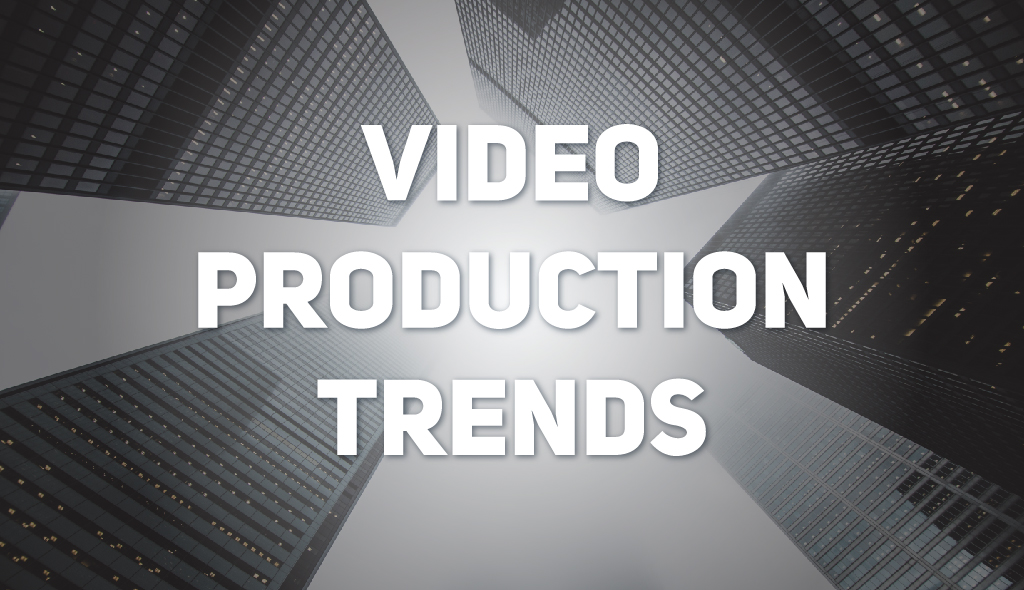 It’s that time of the year again. 2015 is coming to a close and video content creators everywhere are wondering about the new, hot trends that will take their industry by storm in the next year.

From 360-degree shots to aerial and vertical filming, innovations of all sorts are rapidly changing the way all types of video are produced. These trends are not only revolutionizing independent film production but educational, corporate and marketing video production as well.

The reasons behind the astronomical pace of change are not hard to understand. First of all, Cisco predicts that 80 percent of all traffic will be comprised of video by 2019. In line with this trend, all sorts of organizations–from educational institutions to B2B companies–are using more video.

Second, the widespread access to the Internet, cheaper data plans, and faster broadband is quickly making online videos accessible from anywhere and at any time.

And fourth, it has become easier to create high-quality videos with affordable cameras and sophisticated smartphones. With the tools available today, you don’t have to be the next Steven Spielberg to create an engaging video that gets shared with millions across the globe. (The fact that audiences don’t care as much about video quality as the actual content also plays an important part in this trend.)

So, without further ado, here are the 10 trends that will shape the way video is created in the coming year:

Experts agree that the use of drone video content will only increase in the coming year. The demand for this type of footage is so high that an FAA task force has already been established to create guidelines for the commercial use of drones. This trend will only accelerate as drones become more accessible and affordable.

Gone are the days when breathtaking aerial shots like the ones seen in the educational video above could only be taken from a helicopter and at a staggering cost.

Another sweeping trend will be the use of 360-degree videos that combine aerial drone shots with the ability to view a scene from any angle with just the click of a mouse.

While some big brands like Disney are already using the new Facebook feature to promote its products (experience it for yourself below), other names outside of the film industry like Google are also creating interactive 360 videos like the one seen above.

Video filmed vertically instead of horizontally is another change on the horizon. Although many positively loathe this emerging trend because it reminds them of amateurish videos, most experts agree that it will definitely alter the way videos are created.

Since the future of video is mobile, it seems only logical that in the future videos will be produced for mobile viewing. Instead of having to flip your screen every time you watch a video, wouldn’t it be more convenient to view it vertically?

For those who are still skeptical of this format, just take a look at the beautiful vertical portrayal of a slow-motion cliff dive above.

A trend that began last year, hyperlapse is a variation of time-lapse video. While the latter involves a perfectly still camera, the former can record time-lapse videos even while in motion.

Popularized by the release of Instagram’s Hyperlapse app in 2014, this technique can easily be used by all types of organizations to create unique and eye-catching content.

Although this type of video content has been around for several years, 2016 will be the year in which live streaming will become even more of a social experience and more accessible to the masses.

This has already begun with the rise of video live-streaming apps such as Meerkat and Periscope. Organizations and companies have only just begun to experiment with these apps to reboot their customer engagement strategies.

Just look at how MasterCard and HBO use Meerkat and Periscope to engage Twitter followers by offering them behind-the-scenes glimpses and insider tips.

If you haven’t already heard, 4K resolution is the new HD. Although the hype around 4K began in 2015, it will continue well into 2016, as consumers struggle to get up to speed with the most recent technology.

For example, even though the above video was shot in 4K resolution, chances are that your screen and connection are not sufficiently up-to-date to appreciate its quality.

Despite the lag between consumer demand and the newest technology, most experts predict that the use of 4K in video production will grow at an accelerated pace in 2016. The reason? All the new iPhones, Samsung Galaxies, GoPros and DSLR cameras can now record in 4K.

This is another technique that has been around for several years but can now be easily recreated by anyone with a smartphone. The latest iPhone, for example, allows you to record 720p video at 240 frames per second. It even lets you determine which part of the video should be recorded in slow motion and which part at normal speed.

Although the video above was created using unoriginal stock footage, the slow-motion effect gives it a unique feel by establishing a dramatic and emotional mood.

Most viewers like to be treated like unique individuals rather than faceless and nameless audience members. To tap into the human need to create meaningful one-on-one interactions with others, brands are now creating personalized videos that cater to customers’ specific needs and interests.

Just look at how the chocolate company Cadbury uses a viewer’s personal information to create a customized ad above. By clicking on the company’s Facebook page, personal data, such as photos and timeline information, was collected from viewers which was then used in the clip.

The ability to create stunning, high-quality videos has been further democratized by the increasing use of a technique called shallow depth of field. This entails focusing sharply on a subject while the rest of the scene is blurred.

This not only gives the shot a cinematic quality, it also draws the viewer’s eyes to a specific focal point. Once difficult to implement, this technique is being used in increasing measure due to the ease with which it can now be applied with DSLR cameras.

Video creators everywhere strive for shots that have a film-like quality to them. This is increasingly possible with the use of sliders, which are accessible and easy-to-use replacements for the dollies and tracks used by professional film crews.

Take a look, for example, at the video above shot with a slider mounted on a tripod, which allowed the camera to be moved smoothly from one point to another.

As the Marketing Lead at Uscreen, Tamara is responsible for the overall branding and marketing communications. She spent the first half of her career in corporate marketing before she switched to working with Startups and SMBs. Best choice she ever made.